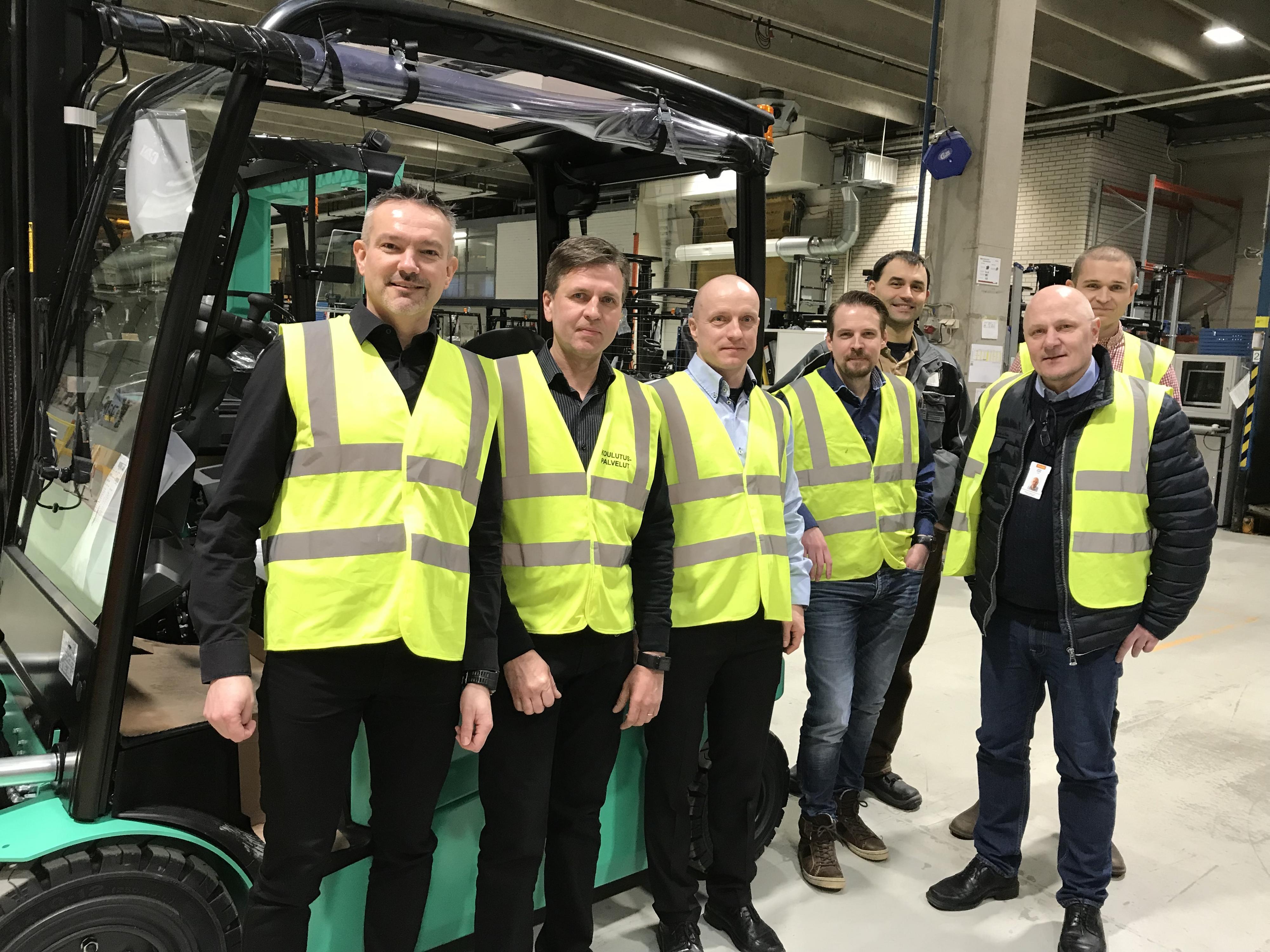 Relicomp and Rocla began cooperating ten years ago. This has formed the basis of many successful projects. Their largest joint project to date started in spring 2017, when Rocla began designing a forklift under the name of the Evolt48 project. Relicomp became involved in product development at the early stages.

At Relicomp, a core team of five people engaged in product design and preparation, being actively involved in creating the overall result, and quality assurance and coding from the early stages. The project involved two Rocla employees from the company’s support functions, and two from product development. The product was designed by Rocla and then modelled in 3D by Relicomp.

“3D modelling makes it easy to move a model forward and get it into production,” says Marko Jyllilä, CEO of Relicomp Oy.

Rocla has been highly satisfied with Relicomp since the beginning of the project.

“The work with Relicomp went well from the start. Information was exchanged regularly and both partners had a clear view of how the project was progressing,” says Anssi Haataja, Business Development Manager at Rocla.

The Evolt48 project differs from previous joint projects between Relicomp and Rocla: the production schedule and volumes were immediately agreed in August 2018, rather than production being starting up gradually, in stages.

“The manufacturer found the 240–280 kg product size and the production volumes challenging. We believed that working with Relicomp would lead to success, and we were right. This has been one of our most successful projects to date. We have jointly evaluated the main factors that made the project so successful,” says Anssi Haataja.

“In addition to modern equipment, Relicomp has the facilities and skilled staff required for a product of this size. They have strong expertise in tool design and fabrication, but the key issues have been the strong support and development resources they provided, enabling the efficient launch of the new product rather than focusing solely on the operational level. This allowed us to eliminate potential problems in advance, preventing their occurrence during production. Relicomp also has a genuine desire and willingness to invest in production technology, such as the FMS robot station used in the project. During our years of collaboration, we have noticed the highly systematic quality development work done by Relicomp. This work has definitely yielded results,” continues Anssi Haataja.

The new, automated FMS robot cell enables fast throughput times for Rocla’s products: each welding assembly is identified with an RFID tag, enabling a varied assortment of pieces to be welded in succession.

“As production volumes rise, the importance of quality control increases. We currently measure one chassis per shift. That is how we ensure consistent product quality,” says Marko Jyllilä. “We have been highly satisfied with this project. Collaboration with Rocla has gone well; we have learned a great deal from what has been a fascinating project.”